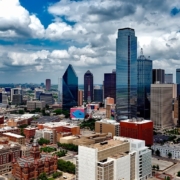 As a purchaser of real estate, commercial or residential, why should you be concerned about title?  In fact, what is “good title” and why is it important?

The importance of good title

“Title” is the legal ownership and right to use a piece of property.  It is established through searching the public deed records for the history of ownership and for items filed against the property, and also by physically examining the property for current occupancy and use.  “Good” or “marketable” title is one that a reasonable man (or woman), advised of the facts and legal significance, would willingly accept or purchase.  Title need not be absolutely free from every technical defect and encumbrance in order to be good.

Why is good title important? An owner of property must have good title in order to insure it, to pledge it as collateral, to develop it, to grant leasehold or easement rights to third parties and ultimately, to sell it.

Evidence of title is found in the deed delivered from the seller. There are several ways to ensure you are receiving good title:

Title policies guarantee against forgeries in the chain of title, incapacity of parties, unrecorded interests that may affect the property, and virtually any other defect of which the owner has no actual knowledge or constructive notice. A title company is not required to defend any claims on items excluded from coverage or excepted to in the title policy.  Therefore, it’s important to understand the contents of a commitment for title insurance since it forms the basis for the title policy to be provided at closing.

Encumbrances and exceptions to title

Exceptions to the proposed title policy are found in Schedule B of the title commitment.  Texas has a list of standard exceptions that can’t be modified or removed and will be “excepted” from coverage in the policy.  Schedule B will also include any encumbrances found against the title.  Some examples of encumbrances are:

Each tract of land is unique, so each title commitment will contain a list of encumbrances specific to the property being purchased.

A thorough title review requires review and reading of the actual encumbrance documents, analysis and understanding their impact against the property, and a determination of whether they are acceptable to the purchaser or not.  Title to a property may not be defective, but can be encumbered by restrictions that limit use or development.  Most real estate purchase agreements allow a purchaser to terminate the contract if they determine that the property is burdened by unacceptable encumbrances that the seller is either unwilling or unable to cure or remove. Sometimes listed documents don’t affect the subject property, are expired, or no longer necessary.  The purchaser should object to these items and request that they be removed from the title commitment.  Failure to object, however, means that all listed items will be exceptions to the purchaser’s title insurance coverage.

As a general rule, the fewer the exceptions, the better.  As noted above, good title does not mean it’s completely clear of encumbrances, but title that a reasonable purchaser is willing to pay for.

An experienced real estate attorney can provide valuable services to purchasers by conducting the title review, understanding the significance of encumbrances, advising the purchaser concerning the encumbrances and making valid objections when necessary.

Paula Beasley practices in the areas of commercial real estate transactions; specifically, purchases and sales, leasing and lease enforcement, secured financing transactions, and affordable housing. Ms. Beasley is currently President of CREW Dallas and is an adjunct professor at SMU Cox School of Business. Her law degree is from the SMU Dedman School of Law.

Last month, Farrow-Gillespie Heath Witter welcomed real estate attorney Paula Beasley to the firm. We value Ms. Beasley not only for her extensive experience with commercial real estate law, but also for her passion and dedication to her community. Currently, she is the president-elect of the CREW Dallas Chapter. The following is an interview with Ms. Beasley regarding her ongoing work with CREW.

When was the CREW Dallas Chapter and Crew Network founded?

The CREW Dallas Chapter began in 1980 with a small group of 12 “real estate girls” who wanted to bond together in the male-dominated industry of commercial real estate.  Today we have over 330 Dallas members.

CREW Network was founded in 1989 on the same principles of bringing together women in commercial real estate to exchange information, develop business contacts and help each other succeed professionally. Currently, we have 10,640 Network members in the US, Canada, and the UK.

What is your role, Ms. Beasley, as President-Elect of the CREW Dallas Chapter?

As President-Elect of the CREW Dallas Chapter, I began a 4-year executive service role with our chapter in January of 2017.  As of January 2018, I will be the CREW Dallas President.  The following year I will serve as Past-President and then as Chapter Advisor.

As President-Elect, I am a member of the CREW Dallas Board of Directors and the CREW Dallas Executive Committee. I also serve as a Board Member of our philanthropic organization, CREW in the Community. I am one of two CREW Dallas delegates to the Network and have attended three leadership summits this year at which delegates from all Network chapters attend leadership training, participate in educational seminars, and vote on any business of the organization.  This year I traveled to Los Angeles and Toronto for summit meetings and the third was recently held in Houston prior to the CREW Network Convention. I have a role on the CREW Dallas Nominating Committee which chooses award recipients throughout the year.  And finally, as President-Elect, I have a seat on the NTCAR Board of Directors.

What are the organization’s goals for the future?

CREW Dallas has a strategic plan which contains seven goals:

You attended the CREW Network Convention in Houston this past week. What is the convention’s purpose?

CREW Network hosts an annual convention in different locations each year.  Last year we met in New York City; this year was in Houston; next year we will meet in San Diego. The CREW Network Convention aims to bring women together from around the country where relationships are formed, developed, and strengthened.

The host city chapter works with the Network organization to arrange tours of the city, networking dinners, industry leader speakers and several break-out sessions on current topics. City excursions give the “inside scoop” on the local markets, buildings, and developments that are unique to that area. For example, when Dallas hosted the convention, we arranged tours of Cowboy Stadium, NorthPark Mall and our Arts District. This year’s convention featured terrific insights from Dr. Travis Bradberry on emotional intelligence, Spencer Levy on the CRE market, and the actress Geena Davis about building strong, confident young women through positive roles in film and media.

What are your favorite parts of the CREW Network Conventions?

My favorite part is re-connecting with friends that I met at previous conventions and leadership summits. I also enjoy spending time with our Dallas Chapter friends. The convention provides a way to network and get to know people on a personal level outside of work that builds lasting relationships and friendships – which usually leads to doing business together at some point down the road.

Autonomous cars and voice command are the new trends in commercial real estate. Autonomous cars are not too far in our future and they will affect the development of commercial parking, roadways, and infrastructure. Voice command technology is increasingly being built into commercial sites, such as hotels and other buildings of the hospitality industry. One hotel developer is planning to have an Amazon Alexa in every hotel room.

Paula is an adjunct professor at SMU Cox School of Business, the 2017 President-Elect of the Dallas Chapter of Commercial Real Estate Women (“CREW”), and has been named to the lists of “Best Women Lawyers in Dallas” and “Best Lawyers in Dallas under 40” by D Magazine.

Since 2007, the majority woman-owned law firm of Farrow-Gillespie Heath Witter LLP has been providing sophisticated legal representation in the client-friendly environment of a midsize firm.

Contacting an attorney via this website does not create an attorney-client relationship and is not subject to attorney-client privilege. By using this site, you agree to our Terms of Use, and you acknowledge receipt of our Privacy Policy.

This site uses cookies. By continuing to browse the site, you are agreeing to our use of cookies.

We may request cookies to be set on your device. We use cookies to let us know when you visit our websites, how you interact with us, to enrich your user experience, and to customize your relationship with our website.

Click on the different category headings to find out more. You can also change some of your preferences. Note that blocking some types of cookies may impact your experience on our websites and the services we are able to offer.

These cookies are strictly necessary to provide you with services available through our website and to use some of its features.

Because these cookies are strictly necessary to deliver the website, refuseing them will have impact how our site functions. You always can block or delete cookies by changing your browser settings and force blocking all cookies on this website. But this will always prompt you to accept/refuse cookies when revisiting our site.

We fully respect if you want to refuse cookies but to avoid asking you again and again kindly allow us to store a cookie for that. You are free to opt out any time or opt in for other cookies to get a better experience. If you refuse cookies we will remove all set cookies in our domain.

We provide you with a list of stored cookies on your computer in our domain so you can check what we stored. Due to security reasons we are not able to show or modify cookies from other domains. You can check these in your browser security settings.

We also use different external services like Google Webfonts, Google Maps, and external Video providers. Since these providers may collect personal data like your IP address we allow you to block them here. Please be aware that this might heavily reduce the functionality and appearance of our site. Changes will take effect once you reload the page.